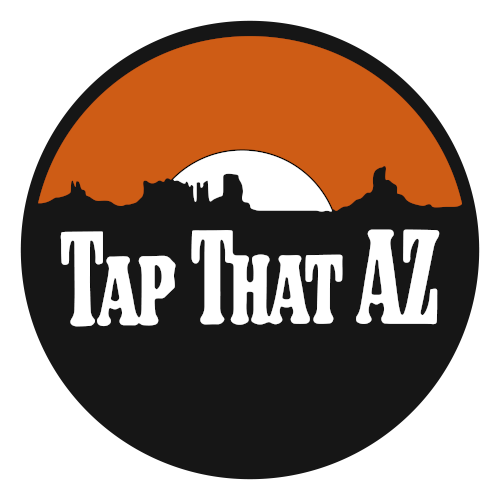 By now, pretty much anyone who knows Arizona beer knows Arizona Wilderness. They are so well known, in fact, that many Arizona Cardinals have stopped by not only to enjoy some beers, but brew some, too. Jared Veldheer, who played for the Cardinals from 2014 to 2017, collaborated with Wilderness on Tropical Storm back in 2015 and now on Double Tropical Storm.

In this episode, we sit down with Jared as well as Wilderness' Jon Buford at the DTPHX location to talk about how a professional athlete got into brewing while delving into how Tropical Storm originally came to be.

Extra special thanks to Chris Dodson for his awesome production/editing work to help put the audio side of the episodes together and to Luke Irvine at Mixed Mercury Media for his amazing photo, video, web development and social media skills. Also thanks to Adam Green for all the back-end work that goes into producing an episode.

Shout out to Patreon Supporters Chris Odom, Gerardo Jaime, Jim Pfleger, Marcus Pina and Ryan Colvin. To see how you can get involved with the Patreon Team click HERE

Want to show your support and help this show grow? Simply click here, give the show a rating and share some feedback!

In this episode I head over to Litchfield Park to hang out with the guys from TCBC. A great little taproom supplemented by fantastic beer and great people. Hell yes, I'm in. Make a trip over there ASAP. In the meantime enjoy the show!

In this episode my man Miguel Hidalgo joins me as co-host to chat with the guys from Grand Avenue Brewing Company in Downtown Phoenix. Years in the making they are approaching their inaugural anniversary but having been brewing some bangers from the start. A cool location, world class beers and fantastic food makes this place an immediate addition to your must-hit list.

I can’t even tell you how excited I am to share this episode. If at the beginning of 2019 you would have told me that I’d have Jack Maxwell AND Zane Lamprey on the podcast I’d have called you a lunatic. Well, here we are! Recording in a Best Western. Just liked I dreamed it. For real, this was a great time. Jonathan Buford from AZ Wilderness joins in too. Be sure to check out the social media (Instagram and Facebook) to see how you can win a copy of The Arizona Beer Book signed by Zane and Jack. Enjoy the show!

In the 2nd part of the Camp Coolship 2019 episode we do a little reflection with Jennings Carney of Pen Druid Brewing out of Virginia as well as Jonathan and Patrick from Arizona Wilderness. Be sure to check out the first part of this episode released Jan 22nd. Enjoy the show!

Camp Coolship is a great project created by Arizona Wilderness to bring some of the best beer minds in the country into our beautiful state to create a spontaneously fermented beer. This was my second time to Camp Coolship and am so grateful that Wilderness gives me a chance to talk to all these amazing people who are forging the path for the future of craft beer. This is part 1 of the most recent Camp Coolship. Part 2 will be out Friday. Enjoy!

Camp Coolship is a great project created by Arizona Wilderness Brewing to bring some of the best beer minds in the country into our beautiful state to create a spontaneously fermented beer. This was my second time to Camp Coolship and am so grateful that Arizona Wilderness gives me a chance to talk to all these amazing people who are forging the path for the future of craft beer. This is part 1 of the most recent Camp Coolship. Part 2 will be out Friday. Enjoy!

Coffee is great. Beer is great. Beer with coffee is really great. So when Historic Brewing let me know about a beer they do with Flagstaff-based Elevate Nepal every year that is launched at a Big Lebowski themed bowling event I had to know more. In this episode I sit down with Dan Maurer from Elevate Nepal and Kaitlyn Wolin from Historic Brewing to talk about the project as well as how Dan and his team are working tirelessly to help the people of Nepal including growing of amazing coffee.

A podcast that introduces you to all of the amazing people behind the surging Arizona craft beer scene.